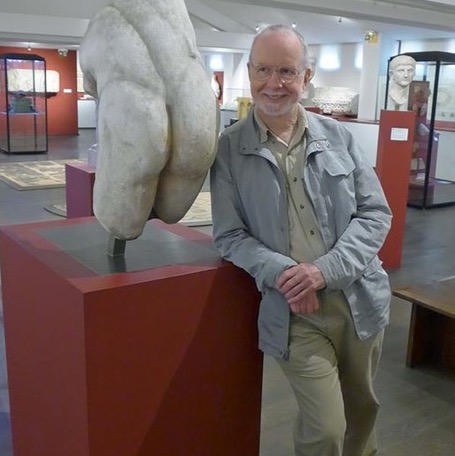 The Greek philosopher, Epicurus, once said, “If you fear death, you can’t really enjoy life.” Former high school teacher Schaen Fox lives by this motto. Despite frightening obstacles, Schaen has managed to remain optimistic and adventurous each day.

Fall 2018, Schaen was diagnosed with an aggressive form of prostate cancer. After a routine blood test and subsequent biopsy, Schaen discovered that slightly more than 50 percent of his prostate was cancerous. Initially, Schaen was surprised by the diagnosis because he experienced no symptoms. “If I had waited for any pain, I would have had three months left to live without any quality of life,” he said.

Undeterred by the tumor’s aggressiveness, Schaen was determined to beat his cancer.

“When I got this life-threatening news, I did not run out of the building screaming. I had confidence in my doctor,” Fox said. He continued noting that his physician assured him it could be treated.

Although he had several treatment options, Schaen elected to undergo proton therapy. Schaen had a positive experience at ProCure, calling his treatment “the best medical experience” he’s ever had. During treatment, while Schaen experienced no pain, he did notice a temporary decrease in his energy levels, which is a common side effect of proton therapy. Following treatment, Schaen’s energy levels improved and he returned to his normal routine. A year later, he’s still cancer-free and enjoying life with his family.

In February 2019, Schaen and his wife traveled on a 2,000-mile cruise with over 100 of the world’s top jazz artists. An avid jazz journalist, you can check out Schaen’s latest work in the New Jersey Jazz Journal.