Proton therapy effectively targets cancer and reduces the risk of serious side effects, making it ideal for all types of cases, including complex cases and recurrent tumors, and as a complement to other treatments such as surgery or chemotherapy.

Find out how Proton Therapy works and what makes it the most advanced form of cancer treatment available. 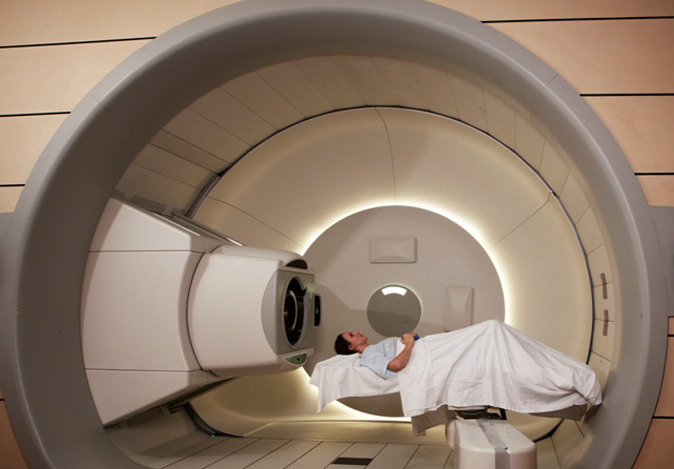 See inside our state-of-the-art facilities and learn more about the ProCure difference. 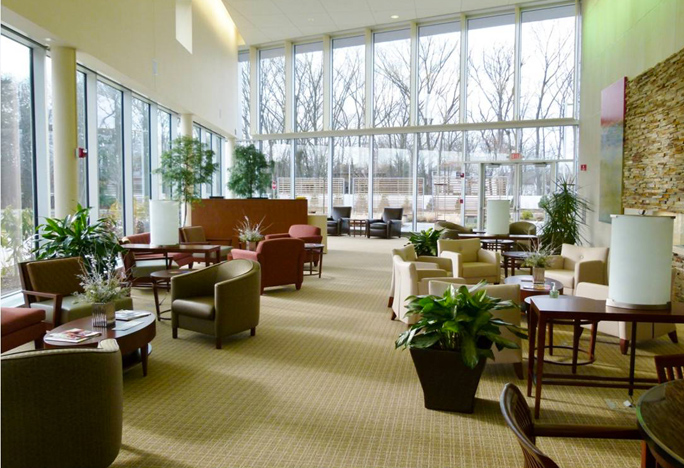 Proton Therapy is an innovative means of cancer treatment that delivers radiation at exact depths to precisely target tumors. Much of the radiation is deposited exactly at the tumor site and then stops, reducing excess radiation to healthy tissue.

With proton therapy, a higher radiation dosage can be delivered to the tumor site while minimizing exposure to surrounding healthy organs and tissue.

“Protons are the most sophisticated and elegant way of delivering radiation today. We can minimize the side effects and improve the quality of life.” 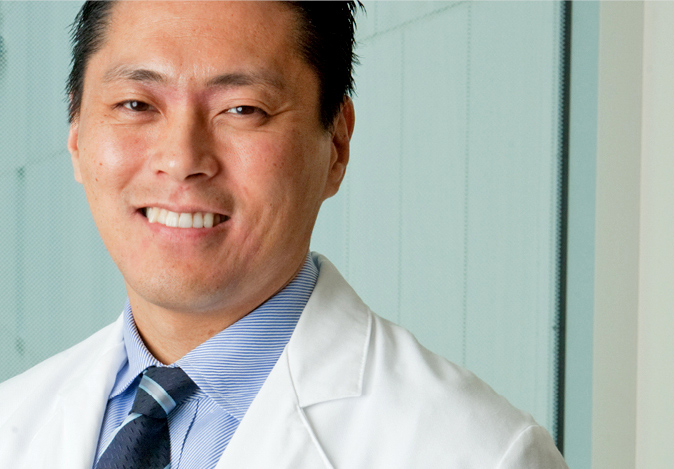 Pencil Beam Scanning (PBS) is a revolutionary technology that boosts accuracy with its ultra-narrow proton radiation beam. Pencil Beam Scanning effectively ‘paints’ the tumor with radiation in three dimensions by moving a proton beam of pencil-point sharpness back and forth across each layer of the tumor. This extreme precision allows the radiation dose to conform to the specific shape and size of the tumor, making it ideal for irregularly shaped tumors located near critical organs and tissues. 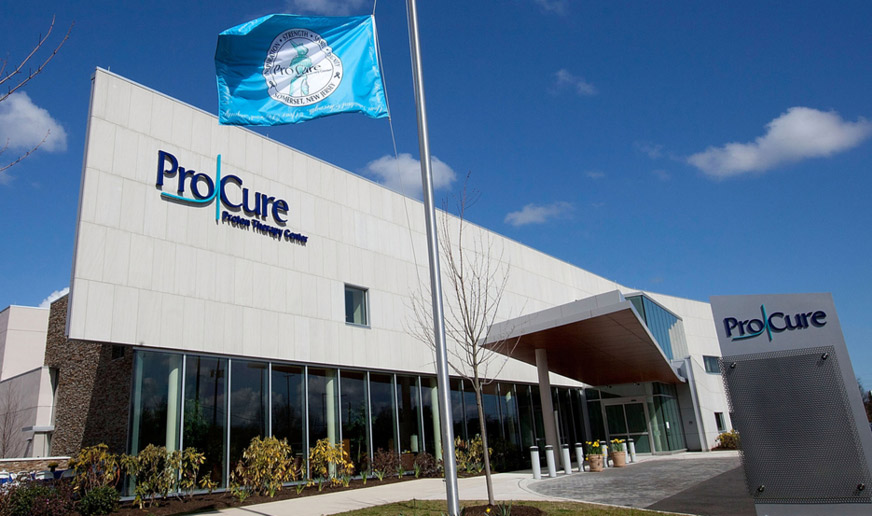 ProCure is the only center in New Jersey to offer Pencil Beam Scanning (PBS) and was the first center in the tri-state area to treat patients with this technology. 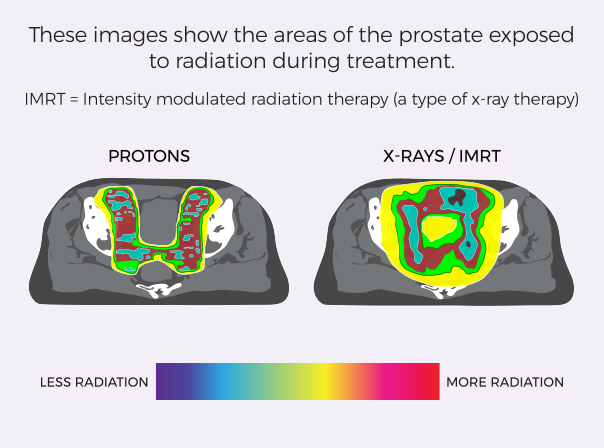 Proton therapy and standard X-ray radiation are both types of radiotherapy that destroy cancer cells by preventing them from dividing and growing. The difference, however, is in their delivery. Protons are subatomic particles that can be controlled to deliver their radiation at exact depths. Much of their radiation is deposited exactly at the tumor site and then stops.

Standard X-ray radiation beams, on the other hand, release radiation from the moment it penetrates the skin all the way through to the other side of the tumor. With radiation interacting with healthy cells throughout the beam’s path, the potential for damage to surrounding tissues and organs is greater.

Ultra-Precise
Radiation is delivered directly into the tumor and stops, maximizing cancer cell dosage and minimizing damage to healthy tissue.

Fewer Side Effects
With no exit dose, surrounding healthy tissue and organs are spared from radiation. Both short and long-term side effects are minimized.

Fast Treatment with Minimal Recovery Time
Each treatment session lasts around 30 minutes, and with fewer side effects than standard X-ray and traditional cancer treatments, most patients can continue on with their daily lives with little interruption.

Ideal for Many Tumor Types
The ultra-precision of proton therapy makes it ideal for even the most complex of cases. Tumors that are irregularly-shaped, difficult-to-reach, close to vital organs or recurrent following prior treatment can be targeted with the utmost accuracy.

Effective for Children and Adults
Less invasive and with minimal side effects, proton therapy is an effective treatment for both children and adults. 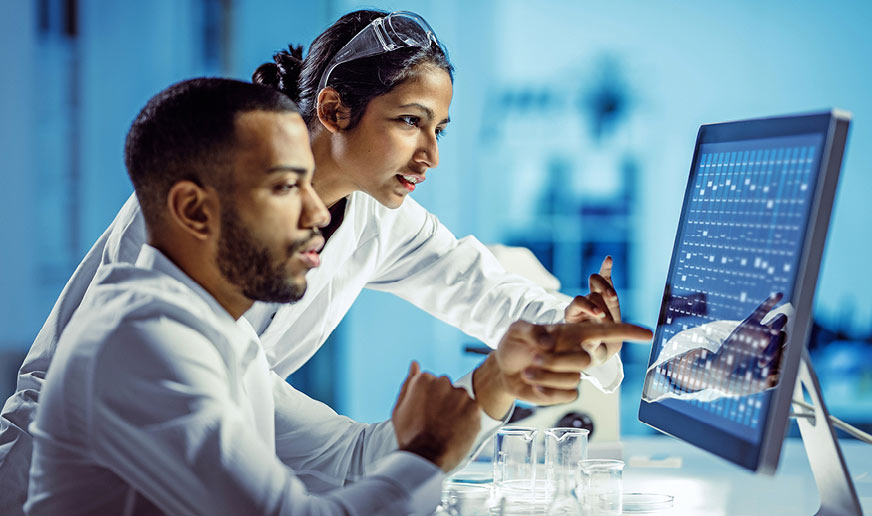 Learn more about proton therapy with the latest news and research.

1946: Physicist Robert Wilson first proposed that protons could be used to deliver an increased dose of radiation to a tumor while simultaneously decreasing the exposure of surrounding healthy tissue to radiation.

1950: The first research trials were conducted on patients in the US and Europe. Results were promising, but the inability of imaging technology to accurately “see” or locate many tumors and the inability to direct protons to sites deep within the body meant that only a few patients were appropriate candidates for the treatment.

Today: Advances in imaging, CT, MRI, and PET scans now allow physicians to “see” deep inside the body and precisely define the location, size, and shape of tumors. This capability, coupled with improvements in proton technology, brought about today’s growing interest in proton therapy as an important treatment option for cancer.